The benefits of cross-training for runners have long been touted as a necessity to a well-balanced training regimen. Some runners turn to yoga; others to cycling and swimming. Another workout that offers runners multiple benefits is Pilates.

For both injured and non-injured runners, Pilates presents a functional workout routine that incorporates many components of physical therapy and strengthening and directly impacts running form and strength.

Pilates is the brainchild of German-born Joseph Pilates, who believed that mental and physical health are interrelated. Joseph Pilates developed the system of exercises in the 1920s, using various pieces of equipment based on 34 mat work movements.

What are the benefits of Pilates?

Pilates is more than a trendy workout regimen that makes you look beautiful. Carla Vercoe, owner of Studio BE Pilates in Fairfax, Va., stresses that Pilates emphasizes functional exercises and better overall health. "You can take Pilates with you in your daily life to pick up your kids or grandchildren or carry your groceries," she says. "It keeps you functioning longer." In fact, according to Vercoe, many clients tell her they wish they had found Pilates when they were younger because they realize how the exercise helps support daily movement through better posture, while also promoting increased function.

One of the differences that sets Pilates apart from other rehabilitative regimens for injured runners is that it supports and strengthens the whole body instead of just the injured part. Many athletes and individuals of all ages seek out Pilates after facing an injury because, as Vercoe tells us, Pilates encourages proper movement patterns, which prevent against future injuries. I recently returned to Pilates after years of being away from the studio, and after just a few months, I can attest to a better sense of body positioning and posture when I'm sitting at my desk, driving, walking or running.

What are the benefits of Pilates for runners?

There are many benefits of Pilates for runners since the fundamentals emphasize balance, mobility and breathing, while strengthening the core muscles that support running. Breathing patterns and body mechanics are essential to performing Pilates movements correctly, which easily translate into a runner's breathing patterns and posture to improve form and efficiency.

For injured runners or athletes, Pilates has the potential to aid in recovery. In fact, physical therapists often use Pilates equipment during rehabilitation sessions. Shapiro suggests that a runner could "use Pilates to improve balance, mobility and stability throughout the body to create a proper foundation from which to generate running movements."

Think of the running body as an automobile

Shapiro shares an automobile analogy to describe the foundation that a runner needs to prevent injury: "Most runners get injured not because of a poor engine, but rather because of a poor chassis (foundation) that can't keep up with the strong engine of the cardiovascular system."

Although just like any workout routine, it takes time and persistence to fully appreciate the benefits of Pilates, runners and non-runners alike will become more self-aware of their body positioning and breathing after just a few sessions.

Hungry for more? Write to eatandrun@usnews.com with your questions, concerns and feedback.

Elena Sonnino is a writer, public speaker, strategist, traveler, runner, cancer survivor and chaser of dreams. Her inspirational wellness, travel and social good stories have been published in the National Wildlife Federation's e-book, Be Out There, at the Huffington Post, TravelingMom.com, HiltonMomVoyage.com, ThisGirlTravels.com and BlogHer. Elena is passionate about fostering self-sufficiency and empowering others on her website, LiveDoGrow.com. 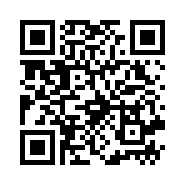